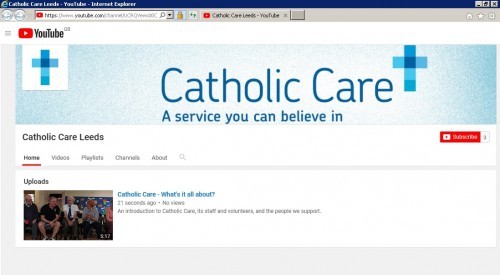 Catholic Care has today launched its YouTube channel to showcase the short films that were made over the summer. The films will be added to the channel over the next few weeks, so subscribe to the channel now to get notified when the films are added.

The first film, entitled ‘Catholic Care – What’s it all about?’ is now live and available to watch here.